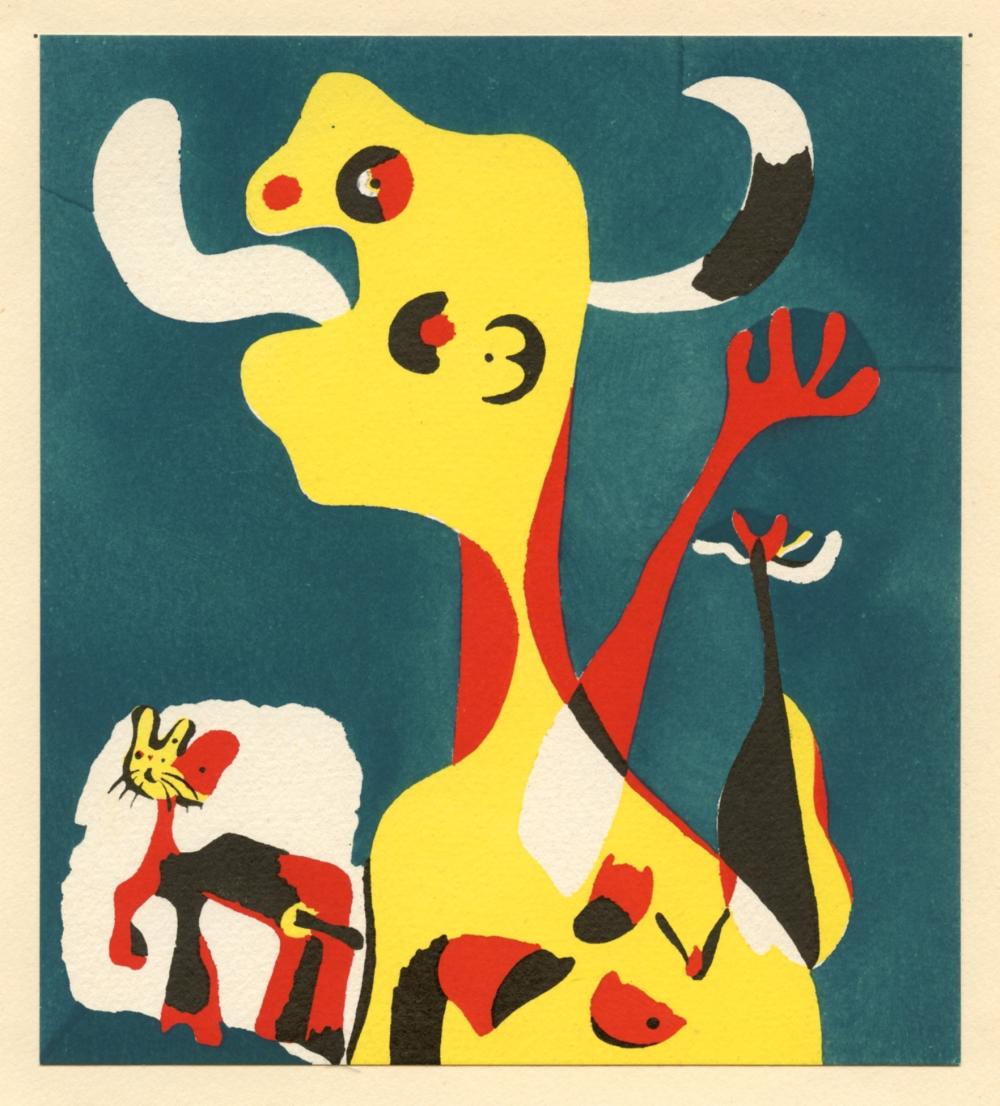 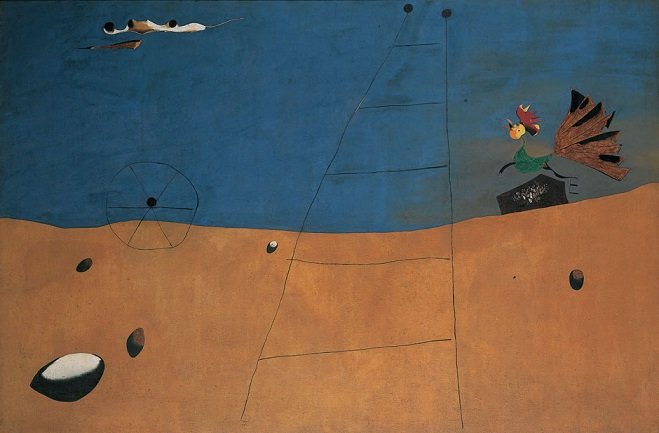 Paysage (Paysage au coq) manifests the constants of this fascinating group of “animated landscapes”, which were produced within a limited period between 1926 and 1927, undoubtedly adding to their interest. The ladder – a ladder of escape – that, due to the effects of perspective, tapers away as it moves up and appears to mysteriously penetrate the sky, thus combining land and mysticism, whilst also acting as a potent axis in the composition. The rooster at the centre is flying or crowing – or maybe both – on the right of the canvas, while underneath it the letter “E” can be made out, possibly alluding to Spain, recalled and yearned for by Miró whilst on French soil. The other objects, a strange wheel, an equally unusual cloud and some stones dotted about on reddish soil, compete among themselves to impart an air of hallucination and mystery to the scene. As those in charge of the Fondation Beyeler, and owners of this magnificent piece, assert, when contemplating it […] “we feel drawn towards the depths of childhood memories, a Surrealist theme that Freud had taken an interest in”.
During the 1924–25 Biennale, the attention to detail with which Miró appeared to dissect each element in the landscape and farming community of his country transmuted into symbols close to abstraction, emblems, in turn, of Catalan nationalism. In 1926, in what was a new shift, the painter impressed another turn on to his Mont-roig-inspired representations; thus giving rise to his so-called “animated landscapes”, in which the Surrealist technique of automatism took on a prominent role. In these pieces, the most popular of which is Perro ladrándole a la luna (Dog Barking at the Moon, 1926, Philadelphia Museum of Art), which employed another Surrealist technique, reflective disorientation, Miró introduced animals in reference to rural life in Catalonia, together with seemingly strange objects. Thus, the hare at the centre of the painting with a homonymous title (1926, Solomon R. Guggenheim Museum, New York) appears alongside a spiral, while the dog in Perro ladrándole a la luna is positioned next to a ladder, which also occurs in Paysage (Paysage au coq). In these compositions, the forms – now highly simplified – are outlined against extensive and vivid fields of colours, identified with the sky/earth counterpoint.