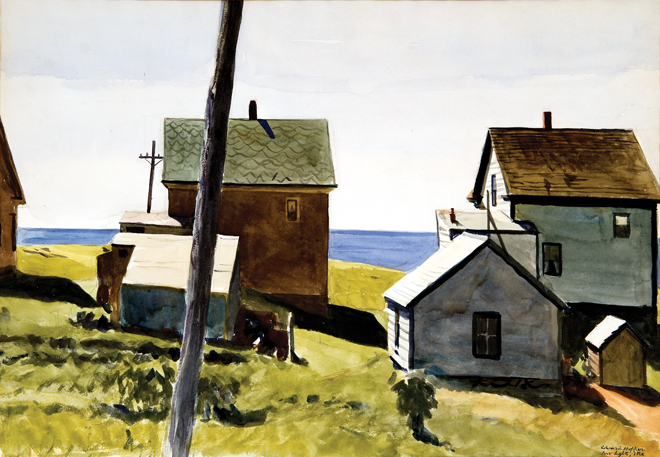 During the nine summers Edward Hopper spent in Maine, he condensed his impressions of the place in luminous paintings and watercolors. Between 1914 and 1929, the artist sought inspiration and refuge in Ogunquit, Rockland, Portland, Cape Elizabeth, and on Monhegan Island. Edward Hopper’s Maine, an exhibition that showcases nearly ninety of his rarely seen early works, demonstrates how much Hopper’s sensory experience of nature governs even the most stylized of his compositions.
SEE-September
By Diana Tuite, exhibition co-curator 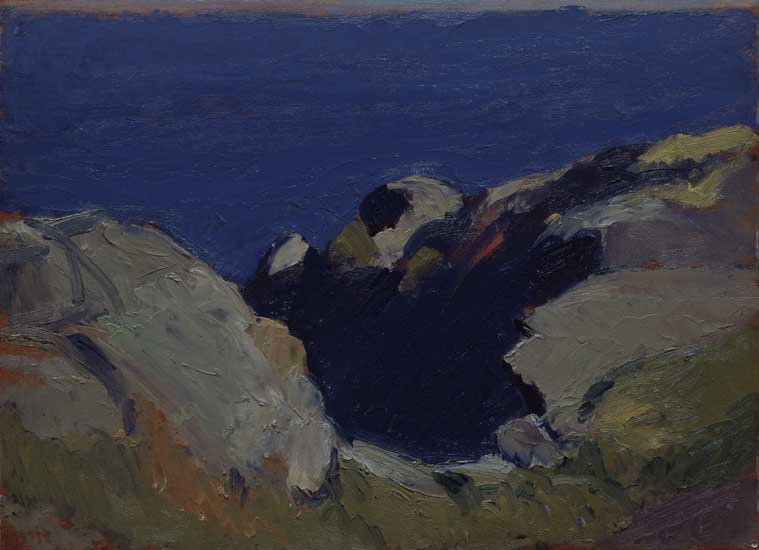 Also see the interactive site, A Guide to Hopper’s Maine.
This is the first comprehensive exhibition devoted to Edward Hopper’s artistic production in Maine between 1914 and 1929. While there has been no shortage of exhibitions devoted to Hopper, very little attention has been paid to the fruitful summers he spent here. Indeed, Hopper summered in Maine nine times, painting and sketching in Ogunquit, Monhegan, Rockland, Cape Elizabeth, Two Lights, and Portland, among other sites. Many of these early plein-air oil paintings have rarely been exhibited. Bringing together approximately 90 paintings, watercolors, drawings, and prints, this exhibition offers a crucial reassessment of the significance of this period for the artist’s later body of work. 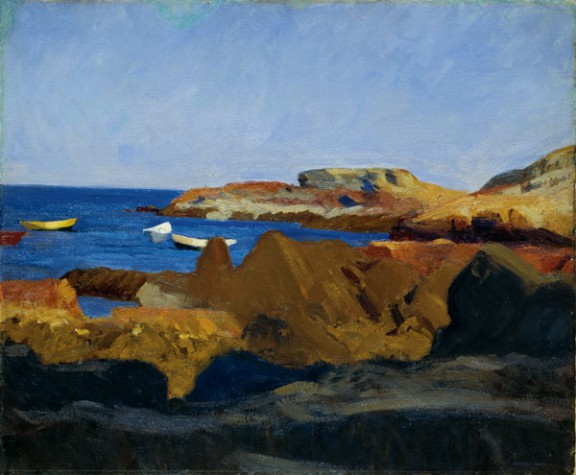 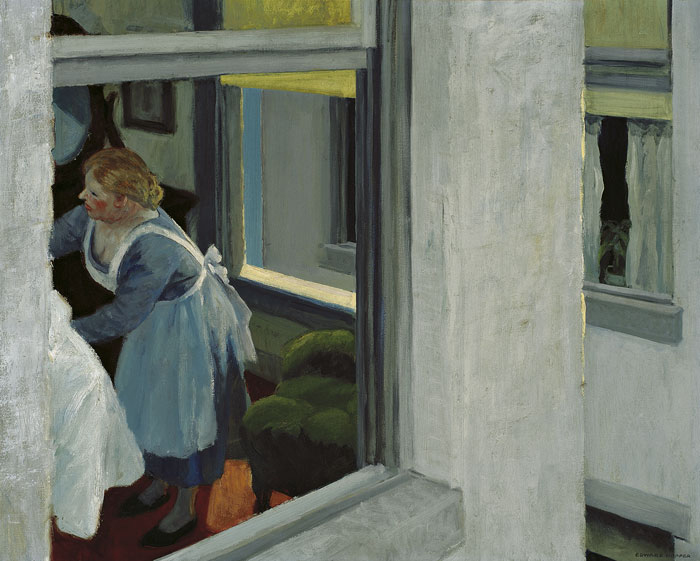 Throughout his career, New England—first Gloucester, later Maine, and finally Cape Cod—was the source for much of Hopper’s subject matter. These coastal communities were popular destinations for artists, but the independent-minded Hopper remained distant from his colleagues, dryly noting, “[W]hen everyone else would be painting ships and the waterfront, I’d just go around looking at houses.” He had a penchant for architectural styles of past centuries, especially the Victorian with its heavy ornamentation and mansard roofs. He rendered these houses with dramatic light and often in isolation. Along the coast of Maine, where Hopper visited in the late 1920s, he painted lighthouses, solitary beacons amid the landscape. Full of intrigue and mystery, Hopper’s lighthouses surpass their utilitarianism and assume a commanding presence—no longer mere incidental structures like those in the seascapes of other artists.
Beginning in 1930, Hopper and Jo (who wed in 1924) spent summers on Cape Cod, where the couple eventually built a house and studio in the town of Truro. There, Hopper’s style became more geometric, perhaps inspired by the architecture of the region’s saltbox constructions. Always a realist painter, and critical of many modernist trends, Hopper nonetheless inched toward abstraction in these simplified compositions that experimented with the interplay of color, form, and light. For Hopper, however, architecture was never reducible to mere form—it always remained in dialogue with nature. As the artist plainly remarked later in his career, “What I wanted to do was to paint sunlight on the side of a house.” 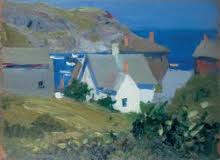 The best painting in the show is probably Capt. Upton’s House, 1927, a portrait of the lighthouse keeper’s house at Two Lights in Cape Elizabeth. The painting is owned by comedian Steve Martin, a serious art collector who wrote a short essay about the painting for the exhibition catalogue.
The Bowdoin show of his Maine paintings supports this statement, but the greater body of Hopper’s art does not. Edward Hopper (1882-1967) did not begin painting his mature work until around 1925. The paintings that made him the American painter laureate of isolation, alienation and loneliness, were figurative masterpieces such as such as Nighthawk (1942) and Morning Sun (1952) painted much later in his career. Had Hopper stopped painting in 1929, the terminal year of the Bowdoin exhibition, he probably would be remembered like Leon Kroll, just another good landscape painter.

Brunswick, Maine – The Bowdoin College Museum of Art has organized the first comprehensive exhibition of Edward Hopper’s artistic production in Maine from 1914 to 1929. On view from July 15 through October 16, 2011, Edward Hopper’s Maine will showcase nearly 90 rarely exhibited paintings, watercolors, drawings, and prints that provide an exhaustive look at Hopper’s work during this period. Hopper’s Maine paintings span two critical decades of the artist’s career, yet have never been studied as a unified body of work and are often overlooked in favor of his better-known paintings from the 1930s forward. This long-overdue exhibition will present Hopper’s Maine oeuvre together for the first time, reexamining and demonstrating its significance to his later production. The Bowdoin College Museum of Art will be the exhibition’s sole venue.
Edward Hopper’s Maine is accompanied by a fully illustrated catalogue published by DelMonico Books-Prestel with contributions by renowned Hopper scholar Carol Troyen, actor/collector/writer Steve Martin, poet-critic Vincent Katz, Whitney Museum curator Carter Foster, Bowdoin College Museum of Art Director Kevin Salatino, and exhibition co-curator Diana Tuite. Edward Hopper’s Maine is organized in association with the Whitney Museum of Art.