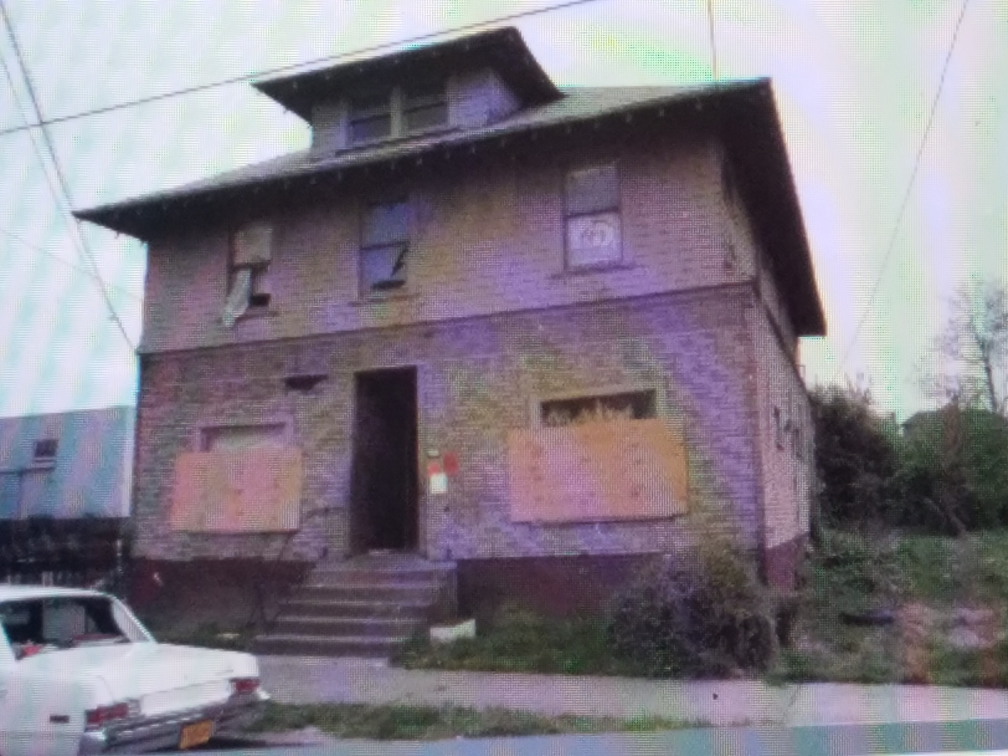 Portland’s history (and present) is riddled with stories of housing discrimination. However, when we discuss the history of clearing out predominantly Black neighborhoods to make way for things like the I5 Freeway, Memorial Coliseum, and Emanuel Hospital, or the systemic practice of redlining, it’s often through the prism of broader narratives and statistics. As a result, many of the individual stories get lost.
Through a public art display, Davis hopes to illustrate the process in which predominantly Black-owned homes were targeted using the levers of local government and seemingly colorblind campaigns against “blight.” By converting the space into an archive that doesn’t just capture the history of Blacks who lived in the area, but of all the Black people who have also stopped through and/or made contributions to the community, Davis hopes to encourage others to do their own research.

“Africa in colour. A new look at live reform. Computer screens projecting the BLACKEST of blacks with noses wide, afros tall and fists clenched, holding data, holding healing. The Revolution will be televised and streamed live from Kitwe to Khartoum. Freedom in technology, freedom in movement across cyber walls. Freedom in expression and reflection.”
Media and its constitutive elements are necessary building blocks in the preservation and revival of independent African thought and being. Black Media Cyberspace allows room for the formation of an archive/artchive which has the ability to create a positive knowledge reproduction chain. Positive knowledge reproduction chains and thus the positive representation of black bodies arms us which a new way to rebuild and reestablish various facets of Black identity, which for centuries has been assailed from many different directions. Establishing digital spaces that educate, mobilise, represent principles of Africanness is a relevant step in materialising a new reality and new spatialities within the African continent and the wider physical spaces inhabited by diasporans.

By AFineLyne
This is also the 30th Anniversary of the artists sculpture “Growth”, which was the very first Percent for Art sculpture in our NYC Parks, installed in the East Harlem Art Park on 120th Street and Sylvan Place in 1985, his work is part of the permanent collection at The Studio Museum in Harlem, The Schomburg Center for Research in Black Culture, the Harlem State Office Building and many Institutions. This exhibit, which opened on October 28, will be on view through February 26, 2016. It is a free exhibit, located at Centro Library and Archives, Hunter College, 2180 Third Avenue at 119th Street.

so many fake sites. this is the first one which worked! Many thanks
My friends are so mad that they do not know how I have all the high quality ebook which they do not!